Influence of IoT on wearable technology 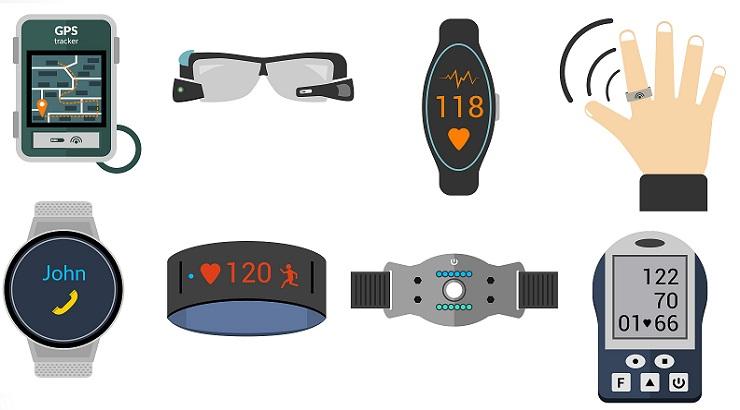 How convenient things have become! Ever imagined how a single watch can count your daily steps calories burned how do they manage these. All this is made possible through technology updates. Connected wearables are becoming the most adopted thing of Internet system for personal users and changing scenarios of technology. If a recent survey is to be believed more than 2.5 million wearable devices have been sold last year and expected to exceed 1 billion by the year 2022. Another phase of expanding Internet. The exponential growth of wearable technology and devices that work through Bluetooth or internet connectivity can be understood through various real-life examples and how these are changing our attitude toward minute things. Easy technological adaptability makes it user-friendly and cost-friendly. They are quite affordable and convenient to handle.

In the changing scenario, there is not a single industry that is untouched by the wave of things of the internet. The enthusiasm is hitting high and industries are developing rapidly with the revolution of the internet is bringing. When wearable was first introduced, they were only restricted for sports. Athletes were the ones who were using these wearables. Later on, the healthcare industry also started using this technology to monitor various vital functions of the patients. But as time advances and high-end things started becoming more accessible wearable devices become household names. Things were getting evolved as the time passes by as well as the influence of IoT was also getting deeper to these. Let us first understand.

What are wearable devices

The wearable device is a smart device that basically is worked over by micro-controllers. These are so convenient that they can be worn on hands and arm or any body part. Some of the wearable devices are so advanced they can easily perform the task of the computers and laptops very easily even sometimes better than them. Wearable technology can be attached at any point in time just by removing them from the body. The ultimate purpose to use these wearables is to have portable, constant access to the information and electronic data.

With involvement, if things of the internet to the wearable have triggered an industry of body performance tracking through data assessment and open up the gates for the fitness and health monitors. Now an extraordinary number of start-ups and young minds are emerging in the domain to create an impression of changing business competition and it is becoming a growing market. on the top it with involvement from the thing of internet blast these wearable devices onto manufacturing units, retail sector, tourism as well as healthcare.

What are wearable devices

With the introduction of Apple Watch including new health capabilities like an accelerometer that can detect your pace and steps and a recent addition to this is their gyroscope which can detect a fall and alert about it. An ECG app that sensors the electrical impulse from the heart.  This way this watch is not just a watch it’s a guardian to your health especially to the people having higher blood pressure, cardiovascular disorder. These are the words of apples own chief operating officer. Using simple patterns and connectivity throughout IoT new apple watch 4 series enables owners to take their own ECG. Not only this the app can also check for the normal heart rates and check out for the preferable atrial fibrillation. All the data can be stored assessed and shared easily with the concerned person like your family doctor. Gyroscope similarly also sends risk and alerts to the saved contacts in the watch. And if you do not move after 60 seconds of the impact than it sends the message alert to the emergency services along with the location. In 2020 the wearable is expected to cross the market of 411 million in 2020 and all thanks to the involvement or rather revolution from the thing of internet.

These wearables are not just simple sets of technology but an IoT enabled device, they work on three stages which are interconnected with others and dependent too. Each stage performs itself in a cyclic manner where one stage failing may lead to whole operation system failure. Let us study these steps in little detail.

These are the basic element of any wearable device. On the other hand, these are the apt example of things of internet gadgets too. So, a sensor is the one that measures the change in body behavior and pattern. It catches impulses fluctuations like temperature, calorie expenditure, and pulse.

This is basically Bluetooth low energy connectivity that connects the information collector from these sensors to any device which may be a smartphone or computer at your home. This is the step where this wearable is empowered by the thing of the internet.

This is basically the data collection and storage point where the information is collected and further shared or stored for future references.

Devices like wearable watches that track the activities are a good example of how thong of the internet is influencing these devices. Where simple things like devices, software are connected to the internet for uplifting the information and their cloud storage. The information can be shared with the operator or owner and the best part is the human interventions for it is nil.

The relation and impact

The overall impact of the things of the internet itself and on the wearable is intense. On the other hand, when we talk about the scope and expansion of wearable it is going too. The implication of these wearable technologies is being involved in various sectors like health, spirts, education, and tourism. The infield of health especially the implementation and monitoring through these devices are converting simpler body expression into data that could alarm us regarding healthy changes and help us avoid the emergency conditions. On the other hand, in the field of sports they are increasing the capacity and efficiency of athletes through real-time scoreboards and evidence. On top of all the above-explained merits out wearable when are empowered with things of the internet are becoming the part of everyday human life unintentionally without any interventions required. When we talk about wearable the scope of expansion can be seen in the entertainment industry too. The combination action of augmented reality and wearable cab pushes the gaming industry to a new era of burning fire. They can create a whole new experience of the gaming industry which is more vivid and real. It can also accommodate itself in response to your body reaction. This body reaction can be garnered through wearable and transmitted to these game devices.

As the pace of technology keeps on changing itself so in the wearable industry. Then and now there is some new addition that uplifts the user experience. Sooner they will change the way we see the information and how we can carry this information on our body easily. The time may come where these wearables may reduce or nullify the user of tablets, smartphones or any App. In short, we can say that wearable technology has the power to change the preferences and cultural landscape in a given frame of time. The time may change from handheld devices to on the body devices soon.