How React Native is a game changer for Hybrid app development 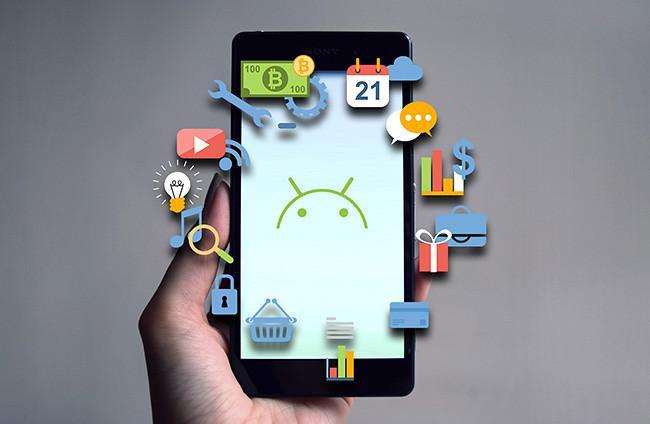 One of the main questions that come from our customers in app development as a company is: native or hybrid app development?  So far, in addition to the development of web tech especially progressive web apps are a little simpler option.

But this time Facebook has operated its React Native technology, which allows us to develop native applications (using JavaScript). What does it mean that anyone can understand it? Originally its main contribution is the simplification of development processes, which could lead to development under single code applications for iOS and Android. Developing an app with React Native means that developing both for iOS and Android with the same code.

Facebook is the main driver (one aspect which should be kept in mind and which can be given for another post on its implication) and, in theory, the area has taken it as a guarantee. In addition, companies like Instagram, Skype, Tesla, Airbnb, or Uber (for Uber Eats) are already betting on this framework for their own applications.

To understand the impact of this technique while developing an application for iOS and Android platforms, it is important to remember that, by now, a basic app with full quality and functionality for each platform is required programming they wanted. Application: Objective-C or Swift for iOS and Java for Android doubles production costs in practical development and testing stages.

What are hybrid applications

Hybrid applications (such as those developed with Cordova, Ionic, etc) basically execute web applications in-app browsers. You can say that the web was developed with the presence of the app and it was executed in a container named Webview. This technique is very useful for simple and short-term applications, however, is insufficient for applications that really need to use all the possibilities of mobile devices. We refer to services such as camera, asynchronous notification, GPS, NFC, motion sensors, offline operation, etc. And the experience has never been stable and liquid as an application developed in native code. For this reason, no apps have been developed with hybrid technology among the most downloaded from the marketplace.

React Native apps are smarter. They execute the code natively for iOS and Android. Therefore, the user experience is similar to a basic application. Effectively, React Native is not a web view; whatever the user runs on his device is absolutely native.

So is React Native the way to go?

It depends (that always seems to be the answer!). Although most projects can benefit from the benefits provided by React Native and programming can be brought back in the original code, we should keep in mind that the most widely used programming language in the Reykjavík Native World (JavaScript) and the world uses the largest package manager (NPM). This means, for non-programmers, guarantees and long-term stability. To say this is that the techniques used will not be obstructed and apart from this, there will be a wider community. We are not facing a risky experiment in which we can be stranded or alone in the middle of the road.

In addition, developers will have access to all the facilities that provide native SDKs, hence, unlike hybrid development, this technology allows to exploit 100% of the possibilities of platforms (iOS and Android) and therefore, the devices. Answering the question, it is possible that the React Native becomes the default code used by many developers or app development companies, which attributes the origin to the project with very specific features.

Can you do everything with React Native?

The answer is yes, in a way. The development community does not stop growing for this platform, and Facebook’s own developers do not stop publishing new country features to expand the possibilities, though one of the benefits of React Native is that, if necessary (One potential functionality or integration of the third service), it is possible to integrate the original code into the project, so choosing the reaction origin is not to leave the original code.

In fact, the general thing is to integrate the original code with the JavaScript code: estimates show that 85% of the code implemented in this type of projects is JavaScript and the other 15% native, the percentage which will be completed in our own experience Are (varying from one 95% -5% to 70% -30%).

It is not necessary to have knowledge of the native code to develop in React Native, but in reality, the team should be an expert in both React Native and native app development to ensure the success of an application. Because it is very likely that a part of the project code will have to be native. Apart from this, knowing about the environment of iOS and Android will be very useful in implementing the project.

At a development level, where technology has had the most impact, it is likely that a team works under the same code, an experience is allowed in terms of quality, very positive: all developing and improving a code Work for, add efforts and generate. Help; Contrary to the original code, where sometimes it is complicated to maintain these synergies between teams from different platforms. To understand each other, two teams of three people are not equal to work, each one in code, compared to contributing to six people in the same code. It is significantly improved in terms of speed and especially to quality when monitoring the code, solving problems and offering solutions.

In the last step, clear optimization has also been detected in QA processes (quality). Especially in the execution of beta-testing, it has finally been developed with the same code; therefore, potential bugs are shared on different platforms and the solutions are developed only once. However, publishing procedures are exactly the same in terms of publishing of original applications.

Another fundamental aspect is the maintenance and development of projects. Again, in these cases, React Native brings a clear advantage by focusing all efforts on a single project code. It means that, where a new functionality had to be programmed twice before, it is now necessary to program it only in React Native, so resources can be used for improvement, not for repetitive work.

In general terms, we are very satisfied with the result and especially the development process, which allows projects to improve the experience and optimization with a relatively smaller budget.

Need help with your mobile apps? Get in touch