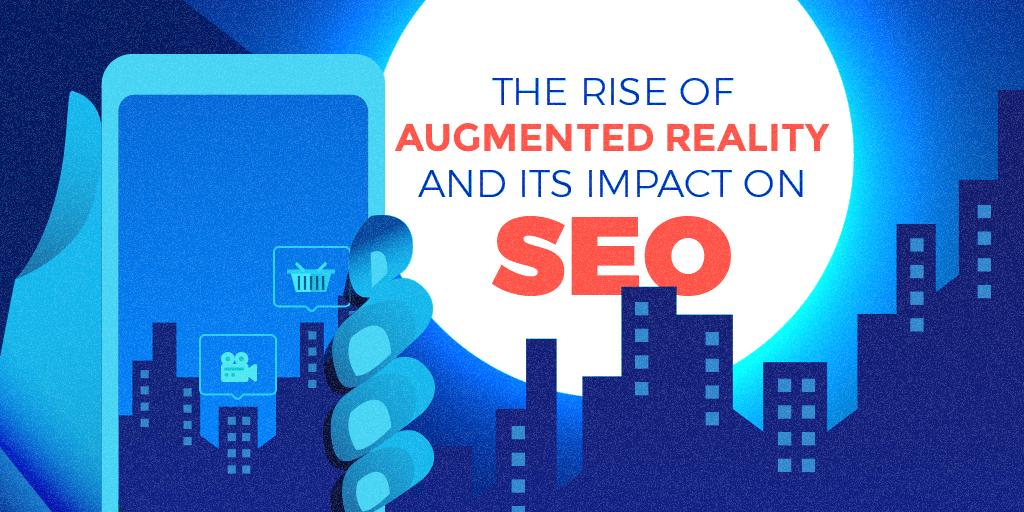 The market is flooded with new technological development that is ruling the world. Most of the developments are focused on either enhancing the business or managing of content. one technology that is proving its power in various genres is augmented reality. Real life type of projects has been in the market for so many years, have you seen those stimulator and sensors used during the training of a pilot. Customers are using the famous IKEA application to use and decide furniture through three-dimensional explanation according to the input of your home. All these examples are a small effort that has been done in the industry to achieve their organizational goals.

Augmented reality stated in year 1990s with initial of United States air force to develop a system which was based on the pretext of the three-dimensional study. But nobody can ignore that augmented reality has come up a long way since those early days. Along with the explosive rise of mobile and progressive changes in the technology new concept keep on adding up in the technological prospect.

Augmentation reality are made up in a special 3D kind of format which allows the developer to have a contextual information along with amalgamation of digitization in the computer system that marks the presence of augmented reality and uses it as a marker in the real world, whenever a device or an application or a browser receives the information from the marker then the code becomes activated as layer up the image correctly for the appropriate experience.

Augmented reality is being used in the more sophisticated industries like defenses and military training, in object reorganization and gesture recognition technology.

In this user wear the AR glasses which works independently means although they are in a distorted state they can perceive full information from the real world. It can simultaneously have interactions and have gesture control too. In coming up time similar technology of information processing in applications in real time will go ahead to provide valuable feedback and business information in day to day activities and modules.

How Augmented Reality is different from Virtual Reality

Augmented reality adds up more of the digital element to the view which is live, more often by using the smartphone examples as in-game Pokémon Go.

Whereas in virtual reality there is a complete experience of the emergence which shut down the user from the real world, using the virtual reality enabled  devices as Google cardboard people can easily shift from real environment to the virtual world. There are numerous business possibility in VR segment too.

Augmented reality and virtual reality are two different concepts which operate in two different methodologies, in spite of having the similar design virtual reality is more focused on taking the user in some other scenario, it replaces the reality and move you somewhere else. Whereas augmented reality spice up your reality, information projection in such a way that it adds up the layer on what you are already having. But no doubt they both are going to change how computation and many other technologies work in the near future, not only technologies it will change the outlook of the business community and how it works.

With much current advancement like augmented glasses, AR in the deep frame, in the tourism industry and many more, AR has achieved a breakthrough among a genre of the customer who loves it. Whereas this head up technology is using our own environment it creates a déjà-vu experience. With many other breaks through expected to come in the new era of AR technology which are more advanced, powerful and have a wider scale of possibilities.

As we have discussed the whereabouts of what exactly is augmented reality and how it is different from virtual reality another main part of the article includes how it has to get involved so deep down in the business modules of many industries, but today we will talk about the augmented reality and search engines specifically.

The use of augmented reality on search engine optimization is basically a new concept and not much has been explored in the past, but as much other content management system, this one is too keen to observe the indulgence of the trend to devise the search engine optimization strategies. At the beginning the concept of two seems different on the surface but the fact is that they both are beneficial to each other to a larger extent.

All the search engines work on the basic concept of displaying search results based on various algorithms. This is the way how websites are ranked each based on the individual terms and compositions which people are searching for on the web. Many factors work behind the functioning of these modules and the content which is displayed has to be relevant to the user of the one searching for it. Most of the search engines like Google use “bot” also known as a crawler to make the analysis of the content on the website and ranking of the page accordingly. As the popularity of augmented reality is increasing we can expect these permutation and combination to be amalgamated well with AR. So the potential use of augmented reality will uplift and increase the capacities and functioning of search engines exponentially.

With the augmentation between digital mechanics and the real world, the opportunity in the search engine marketing has increased threefold. Many augmented reality companies like Blippar, Magic, and Mindmaze are providing the database encyclopedia of the content to these websites. They are basically working toward the foundation of the practical tool which changes the text-based content into the 3d world of queries. Think that you are out for dinner and want to order something and this technology can immediately tell you the wait time, pricing and reviews.

The utilization of augmented reality can be explored much in the field of semantic searches. In this, the consumer is increasable expecting their demands to be fulfilled in the most accurate and appealing manner within a given timeframe.

With the use of augmented reality, the focus is being shifted to the use of geo-location enabled applications as well as other apps that provide the information about the surroundings to have a marketing campaign and local SEO business on the basis of the enhanced environment that surrounds the user. Imagine a customer who wants to have a coffee looks around the nearby café and scan out the surroundings with the help of wearable accessories and suitable application and get all the information about distance, brands, and specialty of individual café. This will blow out the current presence of the content.

What the future holds

The future concept of augmented reality is going to extend much more beyond the local SEO as we can see the latest deal between Alibaba and Magic leap, where the focus will be on breaking the biggest barrier between online shopping and offline shopping that is engagement with the product physically. They are considering the implication of augmented reality for this, so the customer will have the potential to hold back and have the 3d experience with the product of their smartphones and tablets. The proliferation of augmented reality and its tools is not going to stop anywhere, especially in the aspect where consumer engagement models are being worked upon for the transformation in the field of digital marketing and SEO.

Need help with your AR projects? Get in touch and ask for case studies