What is Ethereum? A Simple Guide to Meaning & Applications of Ethereum 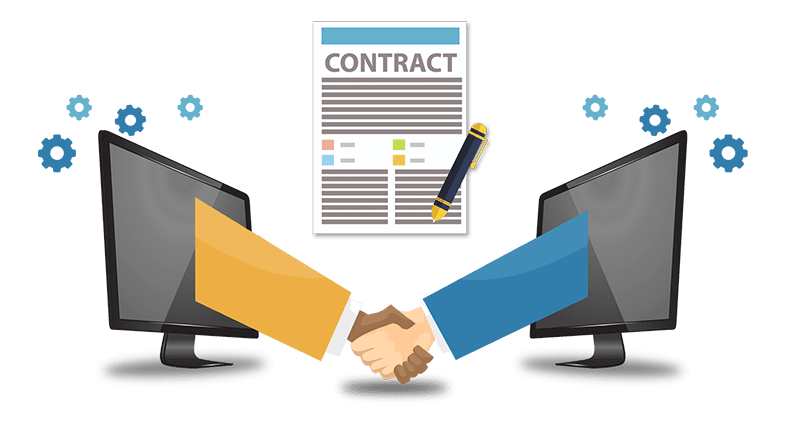 This a layman's guide to the meaning, applications, and benefits of Ethereum. The language is kept simple and non-technical to help you easily grasp the basics. If you are a person curious about the Ethereum blockchain applications and development then this guide is a perfect start.

Ethereum is blockchain based public ledger that allows for the development and deployment of decentralized applications. The entire platform is fueled via Ether. These crypto tokens are necessary to develop, deploy and run apps on the Ethereum blockchain. Ether is given as a payment by clients to underlying machines executing operations. It can be acquired by either trading or mining.

I must clarify that unlike Bitcoin, Ethereum is not a cryptocurrency but a cryptocommodity. Though the background technology is similar, the purpose and capabilities are completely different. While Bitcoin serve as a peer to peer electronic cash system, Ethereum works as base level blockchain for running decentralized applications. (More on decentralized apps later)

Read More: 5 Impacts of Bitcoin on the Economy

Vitalik Buterin, the founder of Ethereum, created an unconventional approach to blockchain development, EVM. The Ethereum Virtual Machine (EVM) is a Turing complete software that runs on the Ethereum blockchain. It allows the execution of code written in any language, given sufficient memory and time are available. Hence, instead of having to build separate blockchain for every application, developers can simply use the existing Ethereum network and run the application of choice.

Want to know more about modern technologies? Catch the latest updates from your resources section and grab your free eBook:

What are Smart Contracts and how are they related to Ethereum?

Smart Contracts are blockchain based contracts that are executed as soon the underlying conditions are matched. Since there is no centralized authority, these contracts are free from frauds, interference or speculation. These contracts can be used to facilitate the exchange of anything valuable like money, shares, content, etc.

Though using smart contracts sounds interesting, there are serious implications involved in development. Once live the smart contract will be executed and there is no way to stop it. Hence, it important to implement such contracts after thorough analysis.

Ethereum works as a platform to enable the execution and development of such contracts. All blockchain applications built on Ethereum use some kind of smart contract for transaction processing. In the absence of a blockchain platform like Ethereum, the entire blockchain needs to hardcoded. Now, developers can use the Ethereum blockchain for rapid development and launch.

Read More: Applications of Blockchain in Banking and Finance

We can also go a step ahead and create a fully autonomous decentralized organization i.e. DAO. These organizations are created based on a collection of smart contracts that govern their functioning. Hence there is no need for a leader. In case of a DAO, the members own the voting rights based on their contributions. With Ethereum, it is possible to decentralize any centralized system such as banking, post, insurance claims, etc.

Read More: Opinions of 11 Experts on the Future of ICO

How to Enter into the Ethereum Development?

The easiest way to start is by using Mist browser or MetaMask browser extension. While Mist is a separate web browser, MetaMask is a chrome extension. Both these tools provide a user-friendly interface to write, manage, deploy and use smart contracts. Just like traditional browsers allow access to the internet, these allow access to the world of blockchain applications. Since it is an evolving tech, there are new routes added on a timely basis.

The Fork in the Ethereum Blockchain:

In 2016, a startup Slock.it was working on a DOA project that raised a funding worth $150 million from thousands of different people. Soon after the completion of funding, an unknown hacker exploited a vulnerability in the DOA project and stole Ether worth $50 million. Apparently, the founders of Ethereum were forced to deal with the issue. After constant debates, it was concluded that the transaction would be reversed to return investors’ money.

Many owners were against this move as it would result in compromising with the very essence of blockchain i.e. irreversibility. Hence, a hard fork in the Ethereum Blockchain was created resulting in two separate chains, The Ethereum Classic (ETC) and Ethereum (ETH). Currently, the Ethereum (ETC) is the second most valuable asset in terms of market value.

Read More: What is ICO and how can it be used to raise funds?

Have a Blockchain Project? Get in Touch: