Virtual Reality and its challenges in the market 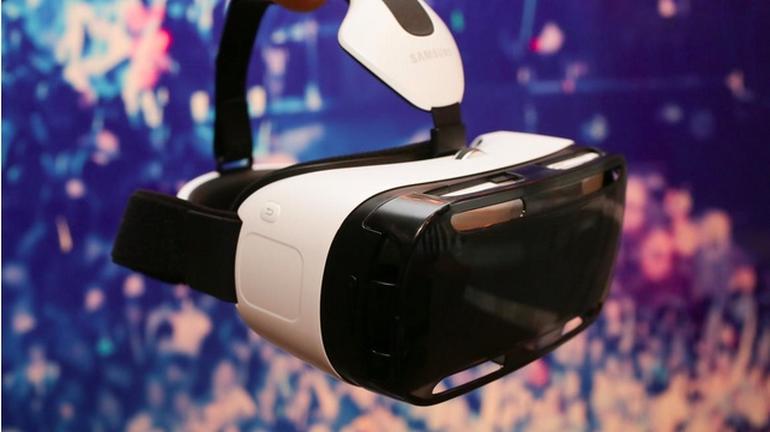 Virtual Reality usually refers to a specific type of reality emulation perceived and processed by our brains to ensure that we have a rich flow of information from the environment to our minds. Simply speaking, ‘virtual’ is near and ‘reality’ is what we experience as human beings. So the term virtual reality entails presenting our senses with a version of reality that isn’t really there, but from our perspective, it would be perceived as real.


Speaking in terms of technology, virtual reality is the term used to describe a three-dimensional, computer-generated environment which can be explored and interacted with by a person who happens to be a part of this virtual world or is engrossed within this environment and whilst there, is able to manipulate objects or perform a series of actions.

Virtual reality is usually executed through the use of computer technology and a range of systems such as headsets, Omnidirectional treadmills, and special gloves. The technology along with the tools is used to actually stimulate our senses together in order to create the illusion of reality.

Here Big Data and the Internet of Things (IoT) come into the picture. They collect large amounts of data, from a variety of gameplay data sources, while rapidly connecting and communicating to thousands of sites. The combo helps to optimize in-game performance and end-user experience from massive data streams created by gamers about everything they do within a game.

However different it may be, all virtual reality systems allow a person to view three-dimensional images which appear life-sized to the person using it. Images also change as the person moves around their environment which corresponds with the change in their field of vision.

Have you ever wanted to swing around like Spider-Man or experience zero gravity in a 360-degree environment? How would it feel to take the seat of captain or a weapon specialist of a Federation vessel? What would it be like to experience a spacewalk in first-person as you float 250 miles above the Earth? Well, the answer to all these is that you can get a close approximation of all the dangerous, expensive or impractical to do something in reality through VR these days. VR devices, with the help of headsets and computer tools and peripherals, offer new ways to experience and share immersive content for entertainment, educational, social and other purposes to consumers and businesses.

So if you have already purchased a VR headset and are keen to find the latest and coolest experiences, here are some of the interesting virtual reality experiences that require neither any gaming interest nor the dexterity to enjoy whatsoever.

This experience places you at the top of Mount Everest by guiding you to reach the summit starting just below the peak, moving across icy caverns and up precariously placed ladders. This aims to demonstrate that the top level VR headsets are about more than just gaming.

It is a VR app that allows you to watch Netflix from Netflix’s available film viewing catalog in the virtual living room of a mansion, which is almost certainly an upgrade over your current viewing situation. You can enter the “Void Theater” mode with the help of some headsets, allowing you to adjust the screen to larger than your field of vision.

This VR experience is one of the more intriguing and bizarre applications of VR out there in which you as a player can use the Google Daydream controller to move through a surreal, colorful world. Whether you are diving underwater or weaving through mountains, the music shifts along with the gameplay experience.

A VR Spacewalk which is one of the most dizzying, exciting, awe-inspiring, and downright frightening VR experiences, makes you become an astronaut assigned with the task of repairing a piece of International Space Station for example and you have to experience a spacewalk as you float 250 miles above the Earth to complete the mission. There might be moments you’ll remember in “the real world,” such as opening the hatch of your spaceship and pulling yourself out into space, only to see the Earth far below you.

5. Ghost in the shell VR

It is a scrolling video experience set around the famous building dive scene in the movie ‘Ghost in the Shell’, and it’s a visual feast from the spectacular stunning design of the disguised figure-hugging bodysuit to the neon radiance of the city.

This is a co-operative VR experience which allows up to four players to step inside the bridge of a Federation vessel and operate the ship. As one of the player, you can choose to take the seat of the captain, the weapons specialist, the steering navigator, or the engineer.

Challenges of VR in the growing market

Despite consumers having computing hardware capable of supporting the demands of VR software, the VR industry needs to take care of several challenges before achieving a stronger mainstream presence.

In a survey carried out, it has been found that less than one-quarter (23 percent) of consumers were familiar or very familiar with virtual reality, and even fewer reported familiarity with specific VR headsets where headsets are the key to VR adoption. Since the value of VR is best understood when experienced, the above statistic must change for VR to achieve mass market adoption.

A variety of tracking, input and content technologies, with no common standards, have been experimented by the entire VR industry as a result of which, most of the content created remains restricted to particular headset hardware, and conversion to alternative hardware might prove costly. Ultimately content distribution gets limited and content development becomes expensive. So the lack of standardization will remain an issue for the next few years until a dominant VR headset maker comes up.

The current-generation VR headsets have yet to solve the unique user experiences out of various VR technology approaches. A majority of the survey respondents acknowledged being able to experience VR in their own homes while more than half found that the experience was not worth the extra cost of buying a headset.

Though VR may become too widespread, yet fragmentation in uses cases often slows down the initial footing. While streaming 360-degree video, gaming, and virtual travel all provide compelling use cases, there are no ecosystems that are sufficiently developed to drive headset sales automatically.

In spite of a slow initial uptake, VR has the potential to breathe life into the consumer electronics market which is at the verge of fading away. Innovative, disruptive devices such as smartphones and tablets have been reaching maturity rapidly. It is expected that more than 77 million households will own VR devices by 2021.

Since the VR market has the potential to change drastically over the next two to three years, market players and watchers should continue to pay close attention to the happenings in this industry.

Need help with a VR or AR application? Get in touch.