Social Media Sentiment Analysis: Are Social Emotions Important to You? 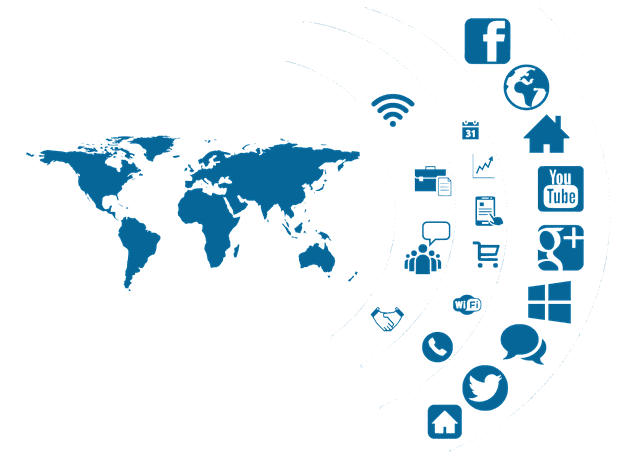 For years businesses have tried a wide range of ideas to analyze and predict customer behavior. Technological evolutions, the rise of social media, in particular, has massively increased the number of ways in which a person can contact a company. Every message on social media has a potential to reach millions of people and thus it can work both ways. A good post can boost company’s market reputation while a simple complaint can drastically bring it down. Thus, social media has become a major concern for businesses. B2C in particular faces this issue on a wider scale due to increase in the number of consumers and proportionately, an increase in the amount of data. But we are not here to simply state problems you already know exist. We are here to provide solutions. And the solution here would be Social Media Sentiment Analysis for business.

What is Sentiment Analysis?

Sentiment analysis (or opinion mining) is the study of emotions conveyed from a piece of writing. Depending upon the analysis the text is classified as positive, negative or neutral. These writings can include anything from an email to a tweet. Sentiment analysis uses linguistic tones, hashtags, context, content etc. to analyze a given piece of content and identify the emotion conveyed. This sentiment analysis has now added a host of new ways through which businesses can analyze activities across different channels and make data driven decisions that are aimed at improving customer satisfaction. Social media sentiment analysis for B2C businesses can gauge consumer reviews and help take proper decisions based on real time data.


For example, Expedia Canada demonstrated responsive marketing when they immediately noticed a steady increase in negative feedback to the music used in one of their television adverts.

Social media sentiment analysis revealed that the music played during the advert had become irritating after multiple airings and consumers were using social media to vent their frustrations.

Guess how Expedia responded? Instead of chalking up the advert as a failure, Expedia addressed the negative sentiment in a jovial and self-knowing way by airing a new version of the advert which featured the offending violin being smashed.

Why Social Media Sentiment Analysis is Important to B2C and B2B Companies?

Social media has become the marketing powerhouse for B2C businesses. Creating relevant, engaging and timely content in itself is a challenge for a majority of businesses today and amidst all the challenges of managing social media, one negative review can blow away all the efforts taken in popularizing your brand. To circumvent this possibility,  businesses all over the world have employed many social media experts to handle issues before they become a threat to their brand. Social media sentiment analysis for B2C and B2B businesses monitors and analyzes this large dataset and generates insights into the consumer mindset. Something that businesses have needed since a long time.


90% of B2C marketers use social media in their content marketing programs, making it the most popular platform to publish content.(Source: contentmarketinginstitute)

With the help of social media sentiment analysis, both B2C & B2B business can handle consumer grievances in real time. As soon as a consumer expresses negative reviews about a brand their posts can be immediately identified and remedial actions can be taken to control the situation. . The impact of such remarks increases substantially for B2C businesses because of a comparatively larger consumer base.

In case a marketing campaign doesn’t perform as expected, social media sentiment analysis can help businesses respond quickly and effectively. By early analysis of negative feedback , both B2C and B2B businesses can protect their brand image by a timely response and preventive actions. Thus, it helps in proper usage of consumer oriented marketing.

The primary problem with social media sentiment analysis is context. As humans, we use a range of ways to communicate our opinions. Some of them include metaphors, simile, irony, and sarcasm. For example, “My train is being delayed. Brilliant!” can be considered as a positive statement by computers although we clearly understand that this is a pure use of sarcasm.Read More: 5 Ways to Achieve Business IT Alignment

2. Use of Negatives and Positives in the Same Sentence:

Sometimes we use both negatives and positives in the same sentence. For example, “I love summers but I hate winters”. This sentence can be classified as a neutral sentence even though it should ideally be broken into two sub parts and one should be considered positive and the other, negative.

Apart from these, social media sentiment analysis needs to identify various human emotions like sadness, anxiety, fear etc. With time, the technological ability to analyze this has improved dramatically. By using linguistic concepts, opinion mining can better analyze data and bring out powerful insights for business. A unique characteristic of this analysis is that it is based on machine learning i.e. it can learn by analyzing ever increasing amounts of data. Over time, social media sentiment analysis can prove to be a significant data source for both B2C and B2B businesses.

Need a Solution Provider for Your Big Data Needs? Contact us and feel the power of data science added to your business.

We at NewGenApps have ourselves successfully executed sentiment analysis of streaming Twitter data to predict the result of the UK Parliamentary Elections. We carried out the process in Apache Spark using Cloud Platforms (Microsoft Azure and IBM Bluemix).

Using IBM Bluemix cloud, our Apache Spark streaming application collected Twitter data and ran analytics in real time that computes the sentiment value of given hashtags with emotional tones (provided by Watson Tone Analyzer). The result was featured on a live dashboard with dynamic graphics that updates continuously. The Hashtags were related to situations or scenarios that we wanted to analyze.

Using Microsoft Azure cloud, our Application functions as below:

Our Social Media Sentiment Analysis and Big Data Prediction model is used in many scenarios to predict and analyze data. In the above example, we used the twitter data to predict the UK General elections. With regards to the sentiment on Twitter, at first, we found that it was the most positive towards the Labour Party and less towards the Conservatives. However,as our analysis developed and additional tweets were added, the model showed the Conservatives gaining ground. .

If you are looking for solutions to empower your company with strong and competitive data analytics then you are on the right track. At NewGenApps, we engage with various business to assist on Big Data strategies and we will be glad to connect with you. Simply contact us, and see the power of data science in action.