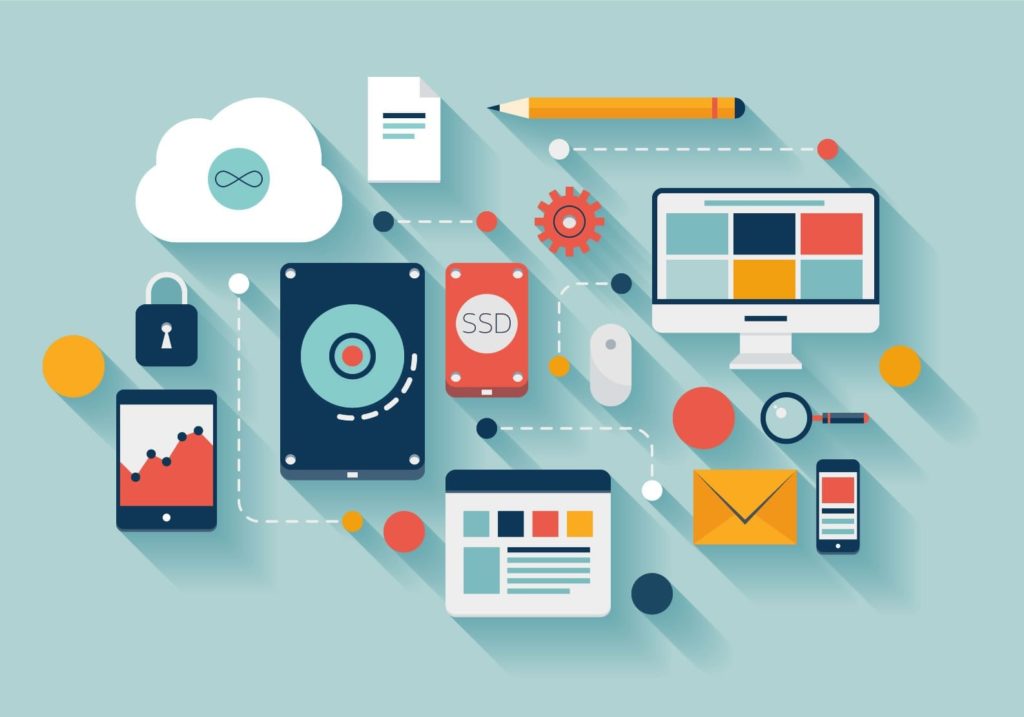 The systems are becoming smarter day by day and it is claimed that with time we will be able to see a lot of variations in technology specifically, Internet of Things (IoT). IoT is a network of smart devices, sensors, and actuators that can interconnect with each other.

IoT ecosystem is like a community that consists of data and monetary flows that helps in connecting enterprises and vendors together. This new chain of development is the best way to connect companies together. Even in future, the companies will be offering the IoT ecosystem similar to risk management and cyber security.

Love what you read? Then grab a fresh piece of content right here.

What are the Key Components?

IoT is not just transforming connectivity among devices and objects but it is also allowing the people to get remote access easily. With so many advantages of IoT, it is interesting to see the main ecosystem components that IoT works on. Here are the main components on which IoT works on.

Gateway enables easy management of data traffic flowing between protocols and networks. On the other hand, it also translates the network protocols and makes sure that the devices and sensors are connected properly.

It can also work to preprocess the data from sensors and send them off to next level if it is configured accordingly. It is essential to configure it as the presence of TCP/IP protocol allows easy flow.

Not only this, it gives proper encryption with the network flow and data transmission. The data flowed through it is in the higher order that is protected by using latest encryption techniques. You can assume it like an extra layer between the cloud and devices that filter away the attack and illegal network access.

The analog data of devices and sensors are converted into a format that is easy to read and analyze. This is all possible due to the IoT ecosystem that manages and helps in improving the system. The main factor that is influenced is security.

The most important function of IoT technology is that it supports real-time analysis that easily observes the irregularities and prevents any loss or scam. Preventing the malicious things to attack the smart devices will not only give you a sense of security but also it will save all your private data from being used for illegal purposes.

The big companies collect the data in bulk and analyze it to see the future opportunity so that they can easily develop more business advancement and gain something out of it. This analysis easily helps in setting future trends that have a capability to rule the market. From this analysis, they can be one step ahead of the time and easily achieve success. Data may be a small word but it holds the power to make or break the business if used correctly.

The main components that complete connectivity layer are sensors and devices. Sensors collect the information and send it off to the next layer where it is being processed. With the advancement of technology, semiconductor technology is used that allows the production of micro smart sensors that can be used for several applications.

The main components are:

The modern smart sensors and devices use various ways to be connected. The wireless networks like LORAWAN, Wi-Fi, and Bluetooth makes it easy for them to stay connected. They have their own advantages and drawbacks that are classified in various forms like efficiency rate, data transfer, and power.

With the help of internet of things ecosystem, companies are able to collect bulk data from the devices and applications. There are various tools that are used for the purpose of data collection that can collect, process, handle and store the data efficiently in real time. It is also responsible for making a tough decision that can easily break the deal. This all is done by one system that is IoT Cloud.

It is an intimidating high-performance network that connects servers together to optimize the performance of data process that is being processed by many devices at once. It also helps in controlling traffic and delivering accurate data analytics results.

One of the most important components of IoT cloud is database management that is distributed in nature. The cloud basically combines many devices, gateways, protocols, devices and a data store that can be analyzed efficiently. These systems are used by many companies in order to have improved and efficient data analysis that can help in the development of the services and products. In addition to this, it also helps in forming an accurate strategy that can help in building an ideal business model.

This is another factor on which IoT ecosystem depends immensely. It provides a visible and physical part that can be easily accessed by the user. It is important for the developer to create a user-friendly interface that could be accessed without putting any extra efforts in it and that can help in easy interaction.

With the help of advancement, there are various interactive designs that could be used easily and that can easily solve any complex query. For examples, at home people have started to use the colorful touch panels instead of the hard controls that were used earlier. It is increasing day by day as now the touchpads are also launched that can switch on the air conditioners from a distance.

This has set out a trend for the digital generations and have managed to hype up today’s competitive market. The user interface is the first thing that user pay attention to before buying a device. Even customers are oriented to buy the devices that are user-friendly and less complex that could be used with wireless connectivity.

Also Read: 5 Steps for a Creating a Successful IoT Strategy

The webpages are now using the HTML format with the cascading style sheet. This has made the internet more stable and reliable service to use. They are the most used standard protocols making it no just friendly but easily acceptable. However, IoT doesn’t have that standard.

Internet of things are increasing dynamically and is all dependent on data that are used immensely in the data centers. It is essential to have a proper database system that can store and manage the data that is being gathered from various device and end-users. There are also various management tools that offer many automated features that help in easy accumulation of data stored and managed in bulk at the same place.

Also Read: Data Governance and Its Impact on IoT

As mentioned above, the database system is using the automotive features that help in managing data and accumulating it. However, the data management is the only limited thing that is used by the internet of things. It is now used for a much more advanced version that allows the automatic adjustment of the wireless things. For example, you can easily control light with a click of the remote. The air conditioner is now connected to your smartphone and you can switch them on and off whenever you want. Even it is possible to play with the temperature.

Internet of things is the latest advancement in technology. The need for the development is growing and increasing with time. Each and every one is not depending on the launch of various automotive devices and smart sensors. There are various prototypes that are in the market that are being deployed and are running in the testing phase. Also, IoT is not working with only one device. Hence, it is important that the devices are completed tested according to the compatibility of the device and checked thoroughly that whether the devices can connect wirelessly or not.

The journey of the internet of things is growing for years. We have managed to experience many things and advancement in most of the technology. IoT ecosystem is used to make the protocols easily accessible, reasonably priced, efficient and secure. It will be excited to see the new demands and development in the several sectors that will be bought by the internet of things.

Especially the way it connects different companies and vendors together. The main is that we need to lookout the way everyone can incorporate this IoT ecosystem to increase their production.

Have a project on IoT? Then reach out to us for a consultation.