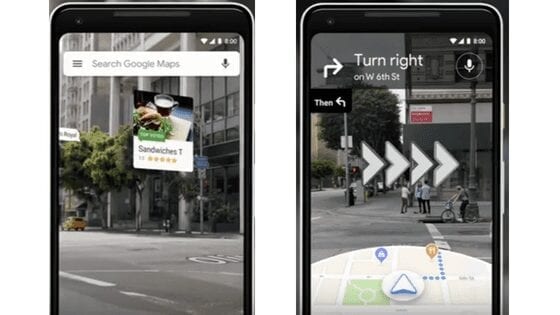 Google has made yet another stellar mark in IT with the I/O 2018. The event took place at Shoreline Amphitheatre in Mountain View, California. This 2018, the 2-hour keynote was led by Sundar Pichai along with some other key executives. The event was jam packed with news on a range of interesting subjects from the ensuring our ‘Digital Wellbeing’ to make lives smarter with AI. Here is a gist on major announcements:

With I/O 2018, Google Assistant is getting not just more intelligent but also quirky. With Google Duplex, the assistant can now make calls on user’s behalf. The appointment call made by Google Assistant to a hair salon was the show stealer. Something worth a watch. The conversation sounded so natural that you might just drop a jaw.

We know it’s irritating to keep saying ‘Ok Google’ throughout a conversation. Finally, Google understood and has introduced continued conversation. Based on context, Google Assistant can now understand the continuity and there is no need to repeat ‘Ok Google’ every time. With 6 new voices coming to our buddy, talking to Google is going to become way more convenient. Also, John Legend voice will be a part of the list later this year.

There is so much in maps now that Google deserves a loud applause. Maps now combine the power of Google Street View, Assistant, and Lens! Yes, the Map as we know is no longer a GPS service. Its Yelp + AR Browser + Guide. With the Power of AR fused with camera display, we can now experience real-time directions and information. We can easily point to a location like a café or a bar and get insights on reviews, menu, interiors etc. It is also capable of identifying objects and animals like lamps and dogs respectively.

Amazon with its Echo has been pretty much dominant in smart displays and smart consumer electronics in general. With I/O 2018 Google is about to get back in the game. The demonstration of the device pulling up Jimmy Kimmel Live on YouTube TV is just one instance of the potential of content that Google can offer.

Google is bringing the power of Assistant and Youtube in the smart displays and we can now see how it will check Amazon’s rise in the market. Amazon even after Prime can’t compete with a channel as huge as YouTube. Obviously, Amazon won’t be getting streaming support from Google — it won’t just give its legacy away, or will it? The devices with built-in Google assistant will start shipping from July.

Google has shown its inclination towards artificial intelligence for a long time. Now, it's doing everything to propagate its expertise. It’s clear that Google is focusing on developing AI and establishing worldwide expertise. Some of it apps that are now intelligent are:

Google News will now use artificial intelligence to deliver crisp news to people based on their interests, trusted publications, and geography. This new service is now coming to 127 countries. Facebook might see this as a warning. With recent Cambridge Analytica issue, the company reputation has suffered badly. As we know that Facebook’s core offering is ‘News Feed’. Although the two are very distinct yet, there is a strong possibility of Google taking away a huge share of the audience.

Google Photos with the recent developments has become much more sophisticated. Using artificial intelligence the Photos app can now understand the image and use color editing to emphasize aspects that matter. Photos can even colorize your older black and white photos or turn background black and white to emphasize objects in a color photo. The app will also give you recommendations for quick fixes and auto adjustments while you are swiping through the gallery.

Composing emails could never be easier. We have been obsessed with templates and example documents for a long time but now Google solves it once and for all. Gmail will now use the power of artificial intelligence to suggest text snippets while composing a mail. Think of it like auto-suggests of android. This should make our lives easier as a lot of time is spent simply in writing emails.

Self-driving cars are yet another initiative that has been into development for a long time. Waymo a subsidiary of Alphabet Inc. (Google’s parent company) is now launching a full-fledged intelligent car service. People can now book a Waymo cab using an app similar to UBER and enjoy the service. This service shall be available later this year.

Following Apple, Google is also bringing gestures to Android. Now, Android will also be buttonless and use iPhone X like gestures – not so new now. What feels innovative is the ‘Digital Wellbeing’ initiative. Now Android P will come with a dashboard that will showcase the amount of time spent on individual apps and notifications. The goal is to help people understand their mobile usage pattern and take steps to ensure mental peace.

Another feature in Android P is ‘slice’. While performing actions like search, the user can see a dialog box from the pre-installed apps about related information and actions. The feature needs to be added to apps by the developers. This move shall increase the app retention and engagement.

Want to upgrade your app to Android P? Get in touch.

Google rebranded its research division as Google AI just before the keynote. The move signals Google’s focus on R&D in the field. This I/O 2018, the company made some other gestures to showcases its potential on both the hardware and software level.

Google launched its 3rd generation of silicon -  the Tensor Processor Unit 3.0. This time it's 8x more powerful and offers up to 100 petaflops in performance. As per Sundar Pichai’s statement, the processor is so powerful that for the first the company had to use liquid coolant in their servers. We might finally see a chip capable of handling the complex operations required in Artificial Intelligence.

Google is making tremendous efforts to woo developers and get them to its ecosystem. The war between Apple, Amazon, Google, Facebook, and Microsoft seems to fuel every day and it's the developers who are getting the best out of it. The companies are doing everything to ensure their superiority in terms of support and potential in AI. The above innovations from Google will likely give them an edge.

Interested in AI? Catch the latest eBook on trends and developments