Challenges you can face in AR mobile app development 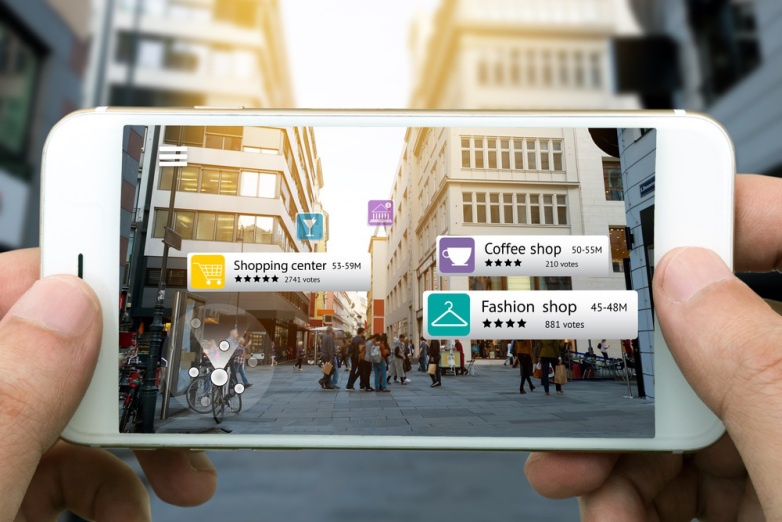 In the long run, Augmented Reality has made its way to pretty much every industry. Regardless of whether it's gaming, mobile application development, real estate, or e-commerce sites – really, it's very famous among both the enterprises and the buyers. Also, with the developing ubiquity of mobile innovation, it’s undoubtedly going to grow in the future.


Numerous authorities all over the world have anticipated that the AR market will be worth more than $15 billion by the end of 2022.

With the introduction and wholehearted reception of smartphones, Augmented Reality tech that once appeared like a thing of some degree far off future, ended up achievable and began to advance. Many IT organizations have initiated improving their main products and integrating AR components as an approach to increase their deals. Top application development organizations have always been attempting to give users a stunning real-world setting through Augmented Reality applications.

But there are a few pain points as well, regarding the implementation of this innovation since AR is still almost new and engineers are still investigating this.

How do AR apps function?

There are right now two kinds of AR applications -

1. Applications using GPS data - These apps have GPS access - they can accumulate relevant data by discovering interest points in the region. These are created by mobile application engineers utilizing different platforms such as Wikitude, Junaio and Layar.

2. Applications identifying AR markers and images - This kind of application catches an object and places graphic detail on it and decides the position of it with the use of a mobile camera. There are different SDKs accessible for it that incorporate FLARToolKit, ARToolKit, and others.

There are different complications encountered by a mobile AR application development organization when creating such applications. We should discover what's keeping them down to fight the reliable solutions for them.

Here is the list of the top challenges that persist in the development of AR mobile app technology.

Obviously, it's conceivable to run these applications on practically any mobile device or tablet. However, they might work according to your desires. These applications are very exceptional, so, need vital hardware parts for legitimate working: motion sensors, processors, screens, cameras, connectivity, and so on.

For instance, cameras in the smartphone have diverse abilities. The more significant part of them takes 2D pictures, which isn't ideal for the formation of a 3D hybrid reality.

So, the miserable part here is, not all gadgets are competent to run these applications efficiently, yet what's to come is splendid as more devices with better processors as well as RAM are being released every day.

Additionally, there are some exceptional AR devices such as Google Glass, Hololens, Meta 2, and so on that makes it conceivable to give users a more profound idea of what augmented reality technology can do.

The precise GPS readings should read as 6 meters to have a smooth digital map and navigation system. In any case, it has been noticed that such a reading slacks the execution of the AR program.

While using GPS innovation, the developer ought to guarantee that the marker objects of AR are massive.

There are compatibility issues with regards to managing AR mobile applications.

The mobile application developers need to make new kits for their application. These kits must be compatible with the smartphone model so they can work with no issue.

Another issue is connected to AR browsers. The AR App requires an AR browser so it can work properly. The challenge is that the majority of these browsers are not efficiently built. For instance, some of them are not merely connected to social media platforms; along these lines, constraining their application.

Since the AR industry is as yet developing, issues with ease of use will in general emerge.

AR applications are created for use on mobile devices, tablets, or wearable/portable gadgets. Subsequently, individuals who download such applications can profit only by a single-user experience.

The Invisible Train is an AR based game created at the Graz University of Technology by a group at the Institute of Computer Graphics and Vision. Its execution is ideal for up to 4 players. The group that developed this AR application has depicted the technical difficulties and hardware glitches they needed to surmount in detail.

As AR turns out to be increasingly available, the requirement for multi-user, streamlined, and uniform encounters will develop. App developers should think of approaches to empower multi-user experiences that are sufficiently optimized to operate, paying little heed to the number of users as well as the load.

Much the same as on account of hardware with AR potentials, organizations are taking a shot at this issue too, and they have just accomplished some progression.

Privacy and security concerns have been continuously considered as the main topic of an argument with regards to new guidelines like GDPR developing. Ownership and Copyrights rights are the discussions of the time among the authorized experts.

Right now, there are no legal standards and system access that apply to AR applications. There could be a likely clash between the AR developers and landmark buildings as the landmark proprietor would need the responsibility for data that an application makes accessible to the clients.

For example, application users can fabricate their world while participating in a specific program. However, in case that such an astonishing concept appears, at that point, who might be the proprietor? Will the property have a place with the user or the organization that built up the AR application? It tends to be understood that a portion of these worries may appear to be implausible; however, may prompt constant and protracted fights in court in the years ahead.

Also, maximum AR mobile apps need your GPS to be active in order to function effectively. Such permissions give rise to challenges linked to the privacy needs of a user.

As AR turns out to be increasingly common and gets in the hands of the majority, the administration and local professionals will be compelled to focus on such a flourishing innovation. An ideal case of this is the damage and demise brought out by the popular 'Pokémon Go' game, which requires administrative guidance in such a domain. Pokémon Go Death Tracker has been established in order to give data about individuals who have died on utilizing the AR application. Being adhered to an appropriate administrative system may check the development, improvement, and pertinence of the domain.

Another huge challenge for AR apps is the inaccessibility of content. It is equivalent to having a mobile without any application downloaded on it.

The overall population may shortly profit from innovations like HoloLens, and Google Glass yet shouldn't something be said about the AR applications and the content that is given. The request for creative content is high among users who like to enjoy an exceptional AR experience. However, the absence of content keeps them away at present.

Content has a huge role in mobile app's success. It is the reason the AR market is developing yet gradually.

And because of the inaccessibility of right content, individuals are staying at bay on embracing this innovation. Anyways organizations are working out on strategies to deliver appealing content all the time.

While AR is by all accounts a moderately common point of interest in the media and every now and again referred as amongst the most attractive developing innovation - its acceptance among the general public, for the absence of the sounder word, is meek.

It’s because the quality of most of AR content is generally inadequate. Out of this comes the thought that Augmented Reality applications are just a pointless inclusion for many. In any case, the circumstance will presumably return with several amazing applications that will demonstrate the value of technology in one quick stroke.

The other side of the issue is that the majority of people, generally, doesn't know about the advantages of AR in different fields. It is as yet seen as goofy sci-fi by a noteworthy part of possible users.

Further, there is a preservation issue. Regardless of the prominence of the AR innovation consistently developing in recent years, there is as yet an immense challenge in making a user keep utilizing AR-based applications for a longer time.

Need help with your AR application? Get in touch