The world now is saturated with artificial intelligence. Machine learning plays one heck of a role in it. Many programmers are compelled to understand and define the types of machine learning they encounter. Average users will probably not go deeper knowing the basic fact that ML helps them find better recipes or car deals through targeted advertisements. Profound understanding is more important for coding practitioners. Knowledge of ML types is essential for the creation of the right learning environment for AI.


ML focuses on training a computer program or an algorithm to gradually improve the performance of a certain task. In theory, ML has two sides: theoretical and mathematical modeling of its working process. In practice though, it teaches itself how to demonstrate iterative improvement. There are many types of ML, but the main three are: supervised-, unsupervised-, and reinforcement learning. Together they are often called deep learning and can be used to improve AI’s efficacy.


Due to machine learning, algorithms start thinking like humans. The most recent versions can derive cars and even compose poems. For example, a new song of the American band Nirvana called Drowned in the Sun was created using artificial intelligence within the framework of the project Lost Tapes of the 27 Club.


Yet, computers still cannot replace humans. Online essay writer provides a high-level professional essay writing service and doesn't need extra training or supervision from you. While even the most advanced artificial intelligence algorithms still do need it.


Here is the applicative perspective: a user wants an AI to answer some standard emails. What is the fastest way to do this? Get AI to do the job. With the help of ML, it could be trained to tell different emails from one another. Moreover, it could understand the person’s linguistic patterns and use them accordingly in letters.


In terms of supervised learning, the algorithm is focused on one single task.


The neural network goes through a labeled dataset and predicts responses. These responses are used to evaluate the accuracy of an algorithm. In terms of unsupervised training, the model uses unlabeled data, from which the algorithm independently tries to extract features and dependencies.


The presence of a fully labeled dataset means that each example in the training set corresponds to the answer that the algorithm should receive. Thus, a tagged dataset of flower photographs will teach a neural network how to tell roses from daisies or daffodils on pictures. When the network receives a new photo, it will compare it with examples from the training dataset to predict the answer.


More examples from practice. After this training stage, an AI could confirm or deny the presence of cancerous growths in humans, knowing all of his or her vitals. It could also define whether an incoming email is spam by analyzing its content. All these tasks deal with classification.

In the case of unsupervised learning, ready-made “correct answers” are not provided to the system. And it gets even more interesting. For example, we have information on the body parameters of a certain number of people. These people are to be divided into 3 groups to sew trousers of different sizes for each of them. This is a clustering problem. In terms of this example, the input data is to be divided into 3 key clusters. But, as a rule, there is some space for flexibility in the tasks of this type.


Or a different case, when each of the initial objects of the selection has a hundred different features. The main difficulty is the graphical display of this selection. This is a dimensionality reduction problem.


This type of ML is a mixture of the first two. It is usually used for more complex tasks and requires intercommunication with the environment. The data is provided by the environment and allows the algorithm to respond and learn.


This method is used to control robotic arms and find the most efficient combination of movements as well as develop robotic navigation systems. In terms of the latter, the behavioral algorithm targeted to avoid collision is trained empirically, receiving feedback when colliding with an obstacle.


Logical games are also well suited for reinforcement learning, as they usually demand a chain of logical decisions. For example, poker, backgammon and go, were recently played and won by Google's AlphaGo algorithm.


The reinforcement method trains the algorithm using a reward system. The agent receives feedback in the form of rewards for doing the right thing. A similar way is used to train dogs. 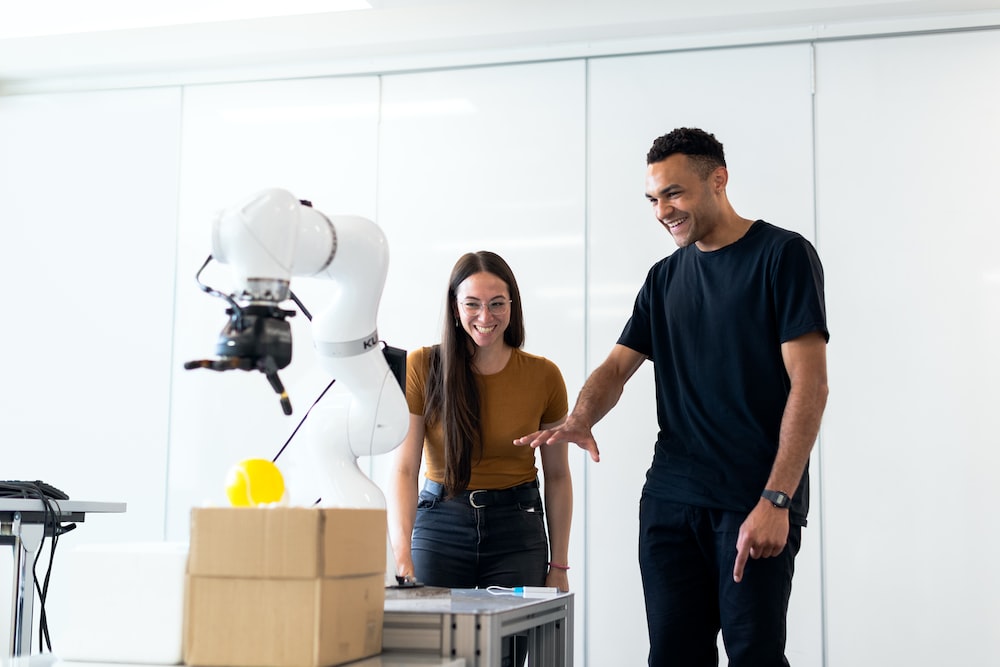 What is ML in practice?


Deep learning can be used for the most unexpected purposes. Some scientists refer to strange ways to teach their algorithms. For example, there is an artificial intelligence named Norman. It was sent to study some dire sections on Reddit (pictures of dismembered bodies, photographs from crime scenes, creepy stories, and so on). Norman was then asked to take a Rorschach test to compare his answers with those of other AIs.


Where some of his “peers” saw flowers, animals, and umbrellas, Norman saw dead men and women killed in a variety of ways. It shows how important the information that the program receives at the first stages of its tutoring process is. Now the developers are conducting research that will help "cure" Norman.


A much less gruesome example – experts teach programs to recognize objects in photographs. The program looks through tons of images supplied with the description (a tree or a cat, etc.). The computer brain finds common features and studies how to describe images. Later, the supervisor shows a picture without any description and the program asks "Is this a tree?" If the supervisor confirms, the program understands that it has made the right conclusion.


The object recognition system helps navigate unmanned vehicles. To do that, data is collected from the drone's sensors and transmitted to users. The users, in their turn, mark cars and other objects in the pictures. Also, a good example of such a system is a cloud service embedded into machine vision applications.

A bunch of problems is solved using the first and second ML methods. Peculiar that sometimes the supervisor is not the programmer who created the AI.


The process of ML is complex. An algorithm receives data. It analyzes, highlights similarities, and categorizes them. The key difference between the two approaches is that with a supervisor several hypotheses need to be refuted or confirmed.

The third method aims to advance the algorithm due to its interaction with an environment instead of a person or a restricted database.


ML develops new methods quickly and provides more options for algorithms’ autonomy. It is important not to confuse the terms machine learning, neural networks, and artificial intelligence. Although these deal with similar things, they all have slightly different meanings.