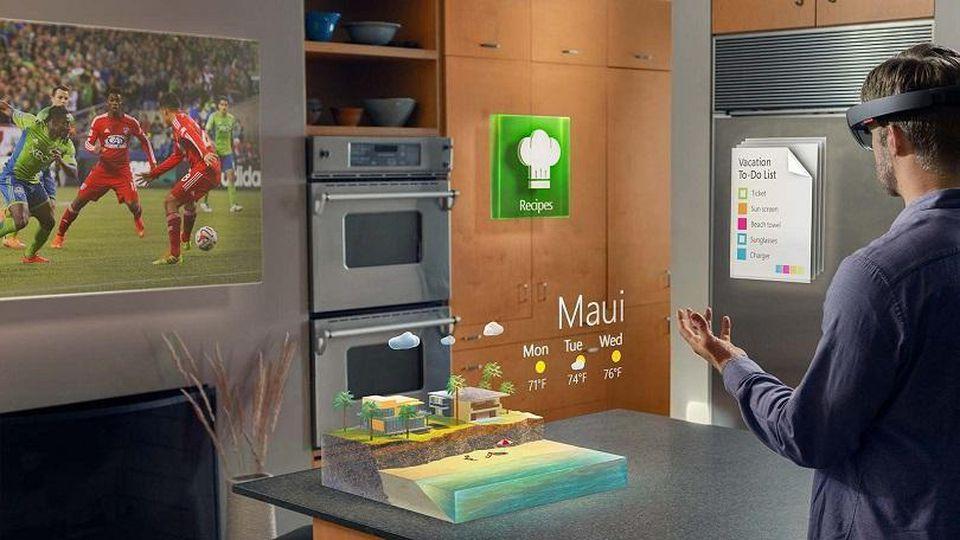 Technology is an application of tools and techniques to solve the problems in the human world. It comprises of a collection of skills, techniques, and methodology. In today’s world, the word technology comprises of many aspects, one of which is Mixed Reality.

What is Mixed Reality

Mixed Reality is a word which is used for virtual and augmented reality wherein a user can experience objects and can set them into the real-world environment as per the convenience. However, it is giving a way to merging the real and digital worlds, if we talk about it in basic terms, it bridges the gap between the augmented and virtual reality. Mixed Reality is an advancement of Augmented Reality, which is drastically spread all over and can offer solutions to different business verticals. It could be revolutionary for the industries to gain an edge over your business. Many big brands like Ford, Volvo, Deloitte, etc. are using Mixed Reality to provide a latest or good experience to their customers and to improve their process with the aim to achieve excellence.

With its unique concept, it pushes the industries for the betterment of their solutions in all the dimensions. Thus, early acceptance would be better to add value for the long term business game and those who want to take advantage of this technology will definitely opt for it.

In essence, there are three levels of the environment:

Technology changed our lives by implementing something new to already existed things. In the same manner, MR is going to transform the lives by revolutionizing the way of interacting in the world. It will have an impact on different dimensions and verticals of life or business industries will it be your travel industry, education, etc. Mixed Reality poses a huge opportunity to solve business issues.

To understand the extent to which mixed reality is adapted for specific purposes have a look at some real-world examples of MR in a different environment.

Mixed Reality in a factory

Toshiba predicts that 82% of enterprises will use MR to solve their problems in the next 3 years. One of the British companies recently starts using a mixed reality system to improve its productivity and training quality in the manual battery building process.


BAE Systems, a Multinational Defense, security, and aerospace company, has also been using HoloLens in its processes to make electric propulsion devices. Through the use of the device, the company has realized a 50% reduction in assembly time.

MR technologies are being used in the education sector to enhance the student’s ability to learn. Using 3D Projections and simulations students can interact and manipulate the virtual objects in order to study them in a most relevant manner. Let just understand with the example of medical students.

Students at Case Western University are able to study human anatomy using a life-sized standing 3D image, which they can walk around and manipulate, dissect with hands and examine from unobstructed points, which is not possible with cadavers. HoloLens devices allow an entire class to see the same images at the same time.

Just consider the impact of MR on travel as having a life like meeting via mixed reality devices, there is less need for business travel and commuting by which we save a lot of time and money. Just as medical student’s automobile designers are also using MR as a way to speed up the process of vehicle models.

Ford was one of the first car manufacturers to use mixed reality technology, by using it its engineers and designers are able to create a new design quickly at a lower cost. They use Microsoft Hololens headsets and custom software to impose new design features onto their clay models, which enables them to visualize how the change will look. The beauty of this approach is that it eliminates the need to create a new clay prototype each time.

Renault Truck a leading French manufacturer is using HoloLens at its Lyon based facility to improve the quality control process with its engine assembly operations. Other car makers, including Volvo and Audi, have also started to utilize MR for vehicle design.

Now MR gives architects, construction workers the ability to see a virtual version of a structure in its actual location. With Hololens and BIMs, MR software architects can evaluate and assess the internal elements of the structure.

Once a project moves into the building phase, MR is used to impose BIMs onto the actual enabling the identification of any discrepancies.

The more immersive levels of mixed reality are perfect for entertainment apps, especially created for digital gaming. Although the price of mixed reality headsets has not come down to the extent which makes them attractive to the customers, there is already a wide range of MR games available to entertain those who can afford. Following examples for early entry into the mixed reality gaming arena.

Deloitte predicts that more than 150 companies in many industries including 52 of the Fortune 500 have deployed MR solutions which means that over 10% of Fortune 500 companies are looking at new technologies to improve their business practices. While a recent report says that by 2025, nearly 14.4 million US workers will wear smart glasses.

Not only just in the enterprise. Mixed Reality will bring magic to our daily lives also. It allows writing your own rule to know how people see the world and how they react to it. The possibilities are endless.

From the real examples of Mixed Reality Technology above in the article shows that applications are undergoing testing and experimentation in various sectors of industry. For example, the market for MR in education is growing rapidly. Research company Technavio projecting compound annual growth of 90% in between now and 2021.

The interest of people and industry in MR is strengthened in many other sectors too. AR company DAQRI found out that when it sought enterprise input and feedback for its mixed reality headset and productivity software in 2017. More than 100 companies from many industries jumped the chance to test the solution.

It is a beginning look like mobile AR was just stepping stone to something more important so it might be a good time to start thinking about the Mixed Reality Technology and more importantly take benefit by using it within your organization.

Need help with AR/VR solutions? Ask for case studies of solutions we have built for Construction companies and Educational Institutes using these technologies