The concept of developing and deploying a mobile app through a CI/CD pipeline might seem stressful and challenging. The truth is that there are many different ways to approach this deployment process and you can try to take different steps to make the process more efficient and effective.

This is an opportunity to learn a little bit more about mobile app development and how deploying your software builds through a CI/CD pipeline can help to make your development process more efficient from start to finish.

If you are planning on building and deploying mobile apps by using a CI/CD pipeline, then you probably have a pretty good understanding of the different stages that are required to efficiently deploy code.

The following sections will highlight the three primary stages of the deployment process. While this process can also work for computer software programs, these concepts are primarily focused on mobile app development. The development process for a mobile app might be the most important portion of the deployment process. This is the process where the code is programmed by software engineers and developers to try and create a functional mobile app.

This process can also include programming for mobile app updates, hotfixes, additions, and more. Regardless of how you choose to develop your mobile app, it will still need to go through the same automated CI/CD pipeline before it will ever be published to mobile app users.

There are some general tips that programmers can take when developing code for a mobile app that will eventually be deployed through an automated CI/CD pipeline. Security is one of the major vulnerabilities that can exist within a CI/CD pipeline, if not addressed or monitored.

With that being said, programming in a secure way can help to prevent data breaches during your mobile app deployment process. Finding ways to encrypt sensitive information within your code can be extremely important to boosting the overall security that exists for your mobile app.

Once you are ready to deploy a new build through your CI/CD pipeline, it will transfer from the development process into the automated testing process. In most cases, the code will be sent to a popular code repository like GitHub or Bitbucket.

Once the code arrives here, it will need to undergo some checks for errors, glitches, and other similar issues. The automated testing servers on the code repository should be designed to check the deployment code thoroughly before providing an output of information regarding the code checks.

The enhanced level of automation that exists in CI/CD pipelines is supposed to make it easier to rapidly deploy code updates on a regular schedule. A lot of developers prefer to deploy smaller portions of code because it can be easier to debug issues if something starts to go wrong.

The automation also allows for an efficient deployment process. With a CI/CD pipeline, everything is already set up for deployment. The first phase comes from the software developers that are creating the code for the mobile app. When that portion is finished, the code proceeds through the pipeline until it arrives at a code repository for standard code checks and automated testing.

At the conclusion of this process, the code will either be approved to continue through the deployment process, or it will be declined and reverted back to software developers with an output log of possible issues. This process ensures that high-quality code can be deployed efficiently and that potentially faulty code is not allowed to proceed through the pipeline.

Once the code is developed, tested, and checked thoroughly, it then may be allowed to continue through the automated deployment process where it can be transferred to mobile deployment hubs, app store servers, or any other database that will allow for mobile code to be deployed.

The CI/CD pipeline inherently takes care of several concepts, including version controls for all mobile app build updates. This is one of the primary reasons that CI/CD pipelines are so popular. The efficient ability to input small chunks of code allows for ultra-convenient version control management, while still being able to deploy minor updates on a regular timeframe.

There are a couple of different ways to enhance security within the confines of a CI/CD pipeline. The first way is to ensure that no sensitive information can be breached through the code that enters the pipeline. If you can find ways to encrypt sensitive information while inputting your code, then it might be significantly easier for you to enhance cybersecurity throughout your pipeline.

You should also have a thorough pipeline monitoring capability with someone always watching all aspects of the pipeline. If a cybersecurity threat is detected early enough, certain portions of the CI/CD pipeline can be locked down at any stage of the deployment process to prevent security leaks, breaches, or hacks.

Working with CI/CD pipelines will always be efficient and automated, but it will take a creative mentality to effectively protect against security threats at all times. There are many different ways to start building a CI/CD pipeline for mobile app development. One popular method that some people might be interested in learning more about is the concept of building a pipeline through a hosted CI/CD service.

You might be able to take advantage of advanced tools like a visual pipeline builder and reliable performance metrics that will ensure that your automated deployment pipeline is always running at the highest levels of performance and efficiency.

A visual pipeline builder is one of the most convenient services currently available. The nice thing about this type of interface is that it allows you to configure and set up your CI/CD pipeline exactly as you need it.

You can eliminate several technical aspects that might prevent you from making the progress that you need. You don’t have to worry about servers or any other advanced technical features. Simply program your pipelines and scale them as needed. You can use the increased level of flexibility to lock in the type of automation that you need for mobile app development.

By integrating a multi-stage testing portal within your CI/CD pipeline, you can ensure that your builds are serviceable before they are automatically deployed. Most CI/CD pipelines have advanced configuration settings in place for the testing process of the pipeline.

This means that all builds will be checked thoroughly for different types of issues before any other conditions are checked. The multi-stage testing process can prevent code from being deployed just as easily as it can allow for code to continue. Other features to consider implementing in your pipeline include build quality checks and data output systems.

One important topic that might get overlooked is the concept of debugging failures within your deployment pipeline. You should always have a plan to debug deployment failures and other issues that might involve your build updates.

Hosted CI/CD pipelines may have debugging features available that specifically focus on resolving build failures and other miscellaneous pipeline failures.

Why CI/CD Pipelines are Important for Mobile App Development Now that you know about some of the main requirements for building and deploying mobile app builds through automated CI/CD pipelines, it might be worth discussing some other concepts that might still be a little bit confusing.

For example, you might be struggling to understand why CI/CD pipelines are more efficient than other methods of build deployment. Some mobile apps might need to receive a new build every single day, while others might be less frequent.

CI/CD pipelines are typically ideal for mobile apps that require a lot of build updates. These types of deployment pipelines typically specialize in version control management and they can help to make it easier on developers that are trying to deploy high-quality build updates to the app.

You have probably noticed that the topic of version control has come up quite a bit throughout this discussion of CI/CD pipelines. Version control is one of the most important factors to consider, especially if you plan on having a lot of different build deployments in a short amount of time.

CI/CD pipelines offer multiple different ways to manage your different builds. If you use the CI/CD pipeline by uploading smaller updates on a slightly more frequent timescale, then you might start to notice that it can be easier to isolate bugs and glitches that are hidden in specific builds.

There are many more benefits provided by CI/CD pipelines in regards to version control management, but this is typically one of the most prominent concepts that come up with mobile app development.

You can easily accelerate your build releases and speed up your update deployments by taking advantage of automated build checks and tests.

A traditional CI/CD pipeline can also be configured with specific priorities to ensure that imperative updates receive a higher priority in the development queue. This feature might not seem important initially, but it can have a significant impact on mobile app development in many different scenarios.

Efficient development pipelines can allow you to update your mobile app several times in a single 24-hour period. Automation will take care of large portions of the deployment process. This is especially important when you are developing and updating a mobile app that needs to deploy small builds every few hours. It can seem daunting to explore the depths of mobile app development and CI/CD pipelines to build deployments. Many developers are initially skeptical of the idea until they realize how much more efficient the development process can be once the pipeline is functional.

Many hours of stress and anxiety can be saved by using a CI/CD pipeline set up that focuses on efficiency and automation. You might even be able to accelerate your build deployment times without sacrificing build quality. If you plan on using the appropriate code checks, then you will likely receive a notification of data that will discuss your build quality. You can also receive additional information about any possible errors or issues in your code. 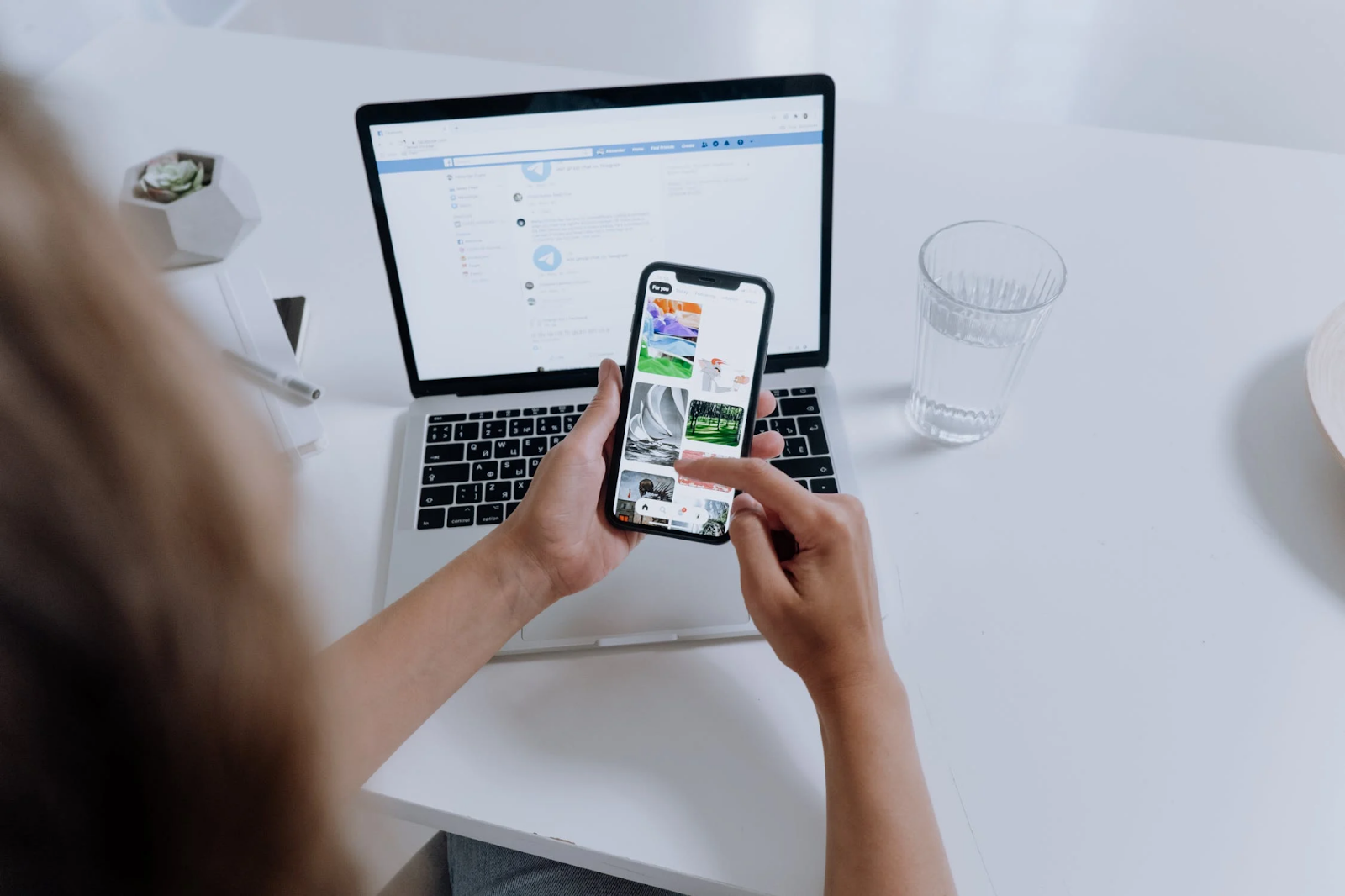